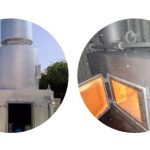 Chairman of the South West Regional Health Authority (SWRHA) Dr Lackram Bodoe said a back-up of medical waste at the San Fernando General Hospital had to do with a delay in payment to a contractor and not the malfunctioning of the incinerator.

Responding to complaints about the risks posed by the accumulated medical waste, which comprised amputated limbs, needles, and bloodstained items, Bodoe assured that the $9 million incinerator installed last year was working well.

He said it had been allowed to accumulate because daily paid employees refused to work on Tuesday.

Speaking with members of the media at SWRHA’s symposium on leadership at the Southern Academy of Performing Arts on Wednesday, Bodoe said:

“I want to provide the assurance that the incinerator itself is working nicely.

Asked how soon the situation will be rectified, he said:”I’ve only been given the assurance by the CEO that the matter is being dealt with as we speak, so I expect by the end of the day it will be sorted out.”

Additionally, Bodoe said the SWRHA was also considering introducing a new kind of technology, called the radio wave technology for incineration, which was much more atmosphere friendly.

However, a Public Service Association representative, who wished to remain anonymous, said the incinerator was breaking down on a regular basis because it was installed last year and was not working at this time.

“They even had to revert to the old incinerator and that’s dangerous and unhealthy to people operating that incinerator.

He said employees took the action on Tuesday because since last week they had been assured that the garbage problem could have been sorted out. 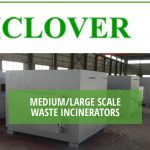 Key Features:  * All versions with Dual combustion chamber.  * Stainless Steel chimney/stack, long life. *according to order  * High temperature, long life of incinerator.  * Free or minimal installation on site.  * High burn rate, from 10kgs to 500kgs per hour, up to 6ton per day.  * PLC Control Plane. *based on order  * New Design for pet animal cremation business.  * One year warranty on incinerator and components in stock. 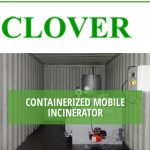 Key Features:  * All models with Dual combustion chamber.  * Stainless Steel chimney/stack, long lifetime. *according to order  * High fever, long lifetime of incinerator.  * Free or minimum installation on site.  * High burn rate, from 10kgs to 500kgs per hour, up to 6ton per day.  * PLC Control Plane. *based on order  * New Design for pet animal cremation business.  * One year warranty on incinerator and parts in stock. 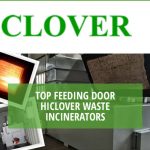 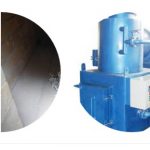 Please fill in following items and send us back. We’ll study following important information and proposal our product models, specification and so forth.